What October Means To Me:

October is Pregnancy and Infant Loss Awareness month. I remember hearing about it in 2012 and it didn’t really sink in. I was pregnant with my first baby and honestly didn’t think too much about the significance of the month. I hadn’t experienced a loss and neither had any close friends or family, so the month passed without too much thought from me.

October 2013 was a very different story. It was nine months after the stillbirth of my daughter and I was six months pregnant with my second child.. In 2013 my life was consumed with grief and the need to physically and publically remember Ariella was strong. Throughout the month I took photos to participate in Carly Marie’s Capture Your Grief project and found it was so healing and meaningful to be able to share my thoughts about the topics. I was visiting some friends and family interstate for part of the month and that meant I missed the Sands walkathon and candle lighting ceremony, although I wanted to attend both. I didn’t feel too sad about missing them though, as I felt as if my entire life revolved around remembering Ariella. 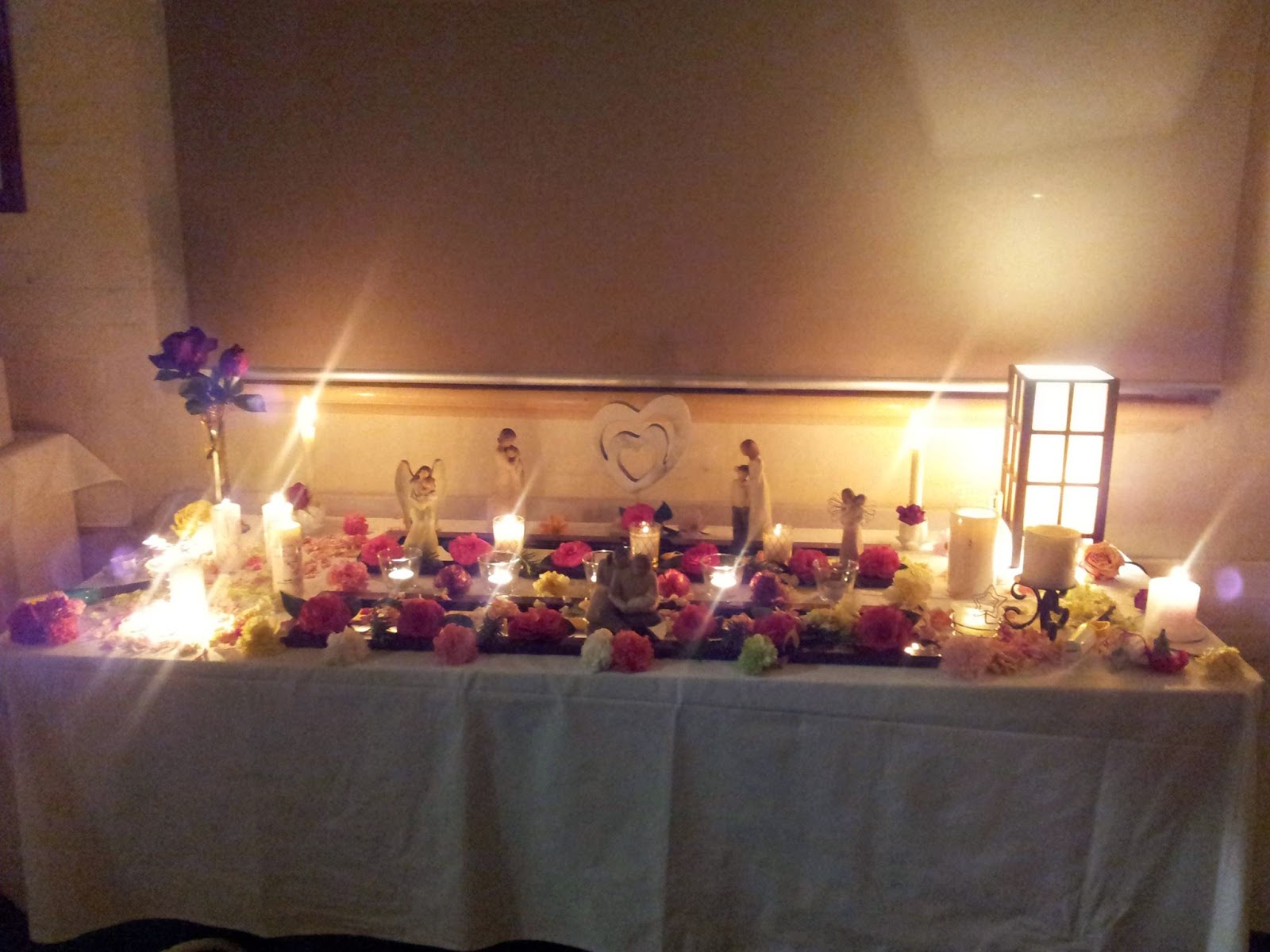 This year, October was different again. I have a nine month old son who keeps me very busy, so while I still grieve the death of my daughter, my grief looks different now. I decided not to participate in the Capture Your Grief project this year; doing so would have meant focusing quite intently on my grief and sadness, which I didn’t feel like I needed to do. A number of people have told me lately that I’m looking a lot happier and “better” than I have for a long time and I have to agree with them. I do feel happier and I even feel like I’m getting better. I’ll always miss Ariella but that longing for her isn’t as all-consuming as it was last October. However, I feel as though I cannot remember Ariella physically and publically as often as I would sometimes like. So I decided to attend the Sands candle lighting ceremony. I left my son at home with my husband and headed off to focus solely on my little girl for the first time in a while. As I drove to the venue, songs starting coming to mind. Songs that provided so much comfort in the days, weeks and months after Ariella’s death, such as “”I Will Carry You” (Selah), “Glory Baby” (Watermark), and “Still” (Gerrit Hofsink). I hadn’t listened to them since my son was born but just thinking about them made me remember how much truth are in their words. I carried her while her heart beat, she has Heaven before I do, she was gone before she came… the memory of those songs brought tears to my eyes as I was able to focus on my daughter without also needing to care for my son at that moment. As the ceremony started and I lit Ariella’s candle, I was so thankful to have an hour to just think about her, all I had during those 39 weeks with her and all I lost when she died. One day later, on the International Day of Pregnancy and Infant Loss Awareness, my Facebook news feed was filled with photos of candles lit in honour of my baby girl. It made this grieving mama smile through her tears to know that other people were publically remembering my precious Ariella.

As I look back at three very different Octobers, I can’t help but wonder at what October 2015 will bring. What stage will I be at in my grief? Will I want spend the month focusing on it, or just a single day? Will it be a mixture of the past two or something else altogether? Who knows! But what I do know is this – I’m so grateful that there is a time set aside to remember and honour all of our precious babies, however we decide to do it.


Heaven and Levi William in her arms. She loves spaghetti bolognaise and the smell of rain, but neither of them could make her smile when, after a textbook pregnancy, Ariella unexpectedly died at 39 weeks gestation. No reason was ever found for her death. Soon after Ariella’s death Larissa began writing. You can find her posts at
Deeper Still (www.loveisdeeperstill.blogspot.com)  and on Still Standing Magazine (http://stillstandingmag.com/author/larissa).